Females ARE Deadlier than the Male~~~~ 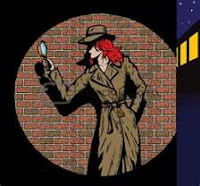 Anonymous
Read one of these ladies and you might not want to go to bed at all. The reaction I get when I recommend a woman thriller writer is almost comical. I have had men look at me as if I've lost my mind when I suggest one, and women will even do a little hem and haw~~~mainly because they don't believe that a woman can write a tough, noir potboiler as well (in some cases better) than a man.....or that a female can be deadlier than the male. Not only did I pick women thriller authors, but I wanted the  main character to be  a woman too. Meet some women whose ruthless streak can surprise even themselves when it appears. Here are a few of my favorite ladies that I suggest to folks and I love when they come back, tell me how much they enjoyed her and grab another book by the same author.

Chelsea Cain~~Besides being one of  the top thriller writers of the genre, Cain introduces one of most brutal serial killers you'll meet, Gretchen Lowell. Set in Portland, Oregon, the weather~~rainy, grey and damp~~gives the series that grey, norish feeling. Great characters, besides Lowell. Portland detective, Archie Sheridan, and reporter, Susan Ward. The connection between Sheridan and Lowell will give you pause, especially when you realize what brings them together. The series will make the hair on the back of your neck stand up. Pick up the entire series so you can keep going:
Heartsick
Sweetheart
Evil at Heart
The Night Season ( her newest one)

Vicki Hendricks~~This is one author that grabs you by page one and you hold on until the last page. Hang on for a ride that will leave you breathless. Set in Florida, in Hendricks first book, Cruel Poetry, we first meet happy hooker Renata (Rennie) and her pet python....and some men who feel the need to save her. This is trailer-trash noir at it's best..the hot sun, beach, kooky characters, sex, humor and of course~murder. Even keeping the air conditioner on while reading you will still break out in a sweat. As Ken Bruen fittingly said "...(Hendricks) you write like a demented banshee!"  ***Warning~~Hendricks books can be considered on the, um,  risque side.

Zoe Sharp~~Sharp hit the big time in 2001 with Killer Instinct. You may have heard of her co-author, Lee Child?Meet Charlotte (Charlie) Fox, Sharpe's all action, macho, tough talking "heroine," who was in the Special Forces until they kicked her out. During the early books, Charlie Fox drifts through doing odd jobs, then everything kicks into gear when she meets up with her old military instructor, Sean Meyer~~who she holds a grudge against. Charlie finds out how much her military training comes in handy when she goes to work for Meyer as a bodyguard for hire. Fox is amazed at herself when she finds out how violent and  cold blooded she can be, but most frightening of all is how far she will go to do her job. I like Fox; she's strong, compassionate and adheres to her principles. Good series that opens up the characters with    each new book.
Charlie Fox series:
Killer Instinct 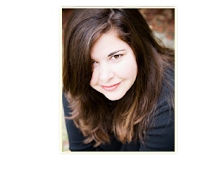 Lisa Unger~~ If you scrape away the layers of a family, what do you find? While Unger has a recurring character in a few of her books, Ridley Jones, most of her books are stand alone.She does keep you turning the pages with the twists, turns and surprises that are uncovered. I love Unger's development of  her characters and that once the book takes off, it is fast paced action at it's best.
Ridley Jones books:
Beautiful Lies
Sliver of Truth
**I highly recommend Fragile~~loved it! 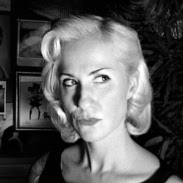 Christa Faust~Love pulp fiction? Here is one of the best. Faust gives us tough talking, a**kicking Angel Dare, who will "gobsmack" you as soon as look at you. Angel is a former porn star, who we first meet in Money Shot, where she takes on the sex slave trade and ends up in the Witness Protection Program...of course a lot goes on in between. Angel's next book is Choke Hold, coming out in October....and I can't wait! Faust is the first women author in the history of Hard Case Crime! That alone should make you run out and pick a copy of her books. Be careful not to pick up her other genres~~not that they aren't worth reading, but they aren't thrillers (**Remember my warning about Vicki Hendricks? She's mild compared to Faust. I doubt I could put her book covers up on this blog) 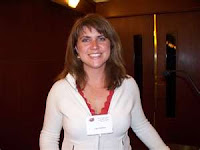 Lisa Gardner~~Gardner has two series with strong women as lead characters. FBI profiler Kimberly Quincy and Police Detective D.D. Warren. Both series are terrific...and disturbing, but I love them.
The D.D. Warren series:
Alone
Hide
The Neighbor
Live to Tell
Love you More (her latest in the series)


Look at those faces? Do they look like the face of someone who can write about grisly, bloody murders? A pedophile that loves spiders so much he has eight eyes tattooed all around his head? Entire families murdered on the anniversary of a family killing from years ago? Police detectives who forge a strange bond with a serial killer? Ah yes~~and when the past comes back to bite, is anything what it once seemed? Good stuff. 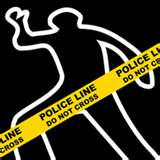 There you have it, a few of my favorite women thrillers writers with great women characters. You can't go wrong with any of them. When I get to the part of the book where our leading lady is about to go head to head with the bad guy, or woman, I get an earworm of Pat Benatar singing "Hit me with your best shot...fire away!"  I just start to chuckle because they have no idea what they are up against.
I'd love to know what you think of my choice of ladies....and what yours are.

Good summary of this subject, Bev. I've met and read Christa Faust, and she is fierce (and fun to be around). I definitely agree that women authors can write tough and dark content. And I think their writing can catch male readers off-guard in that it comes from a different perspective than they expect. Excellent point. Thanks.

Hi le0pard13! I wish I could meet some of the authors I write about. Thanks for stopping by and your comments~~