Hmmmm-What Old Friends Would I Revisit? 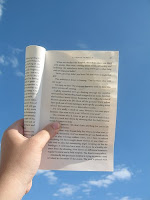 A good book on your shelf is a friend that turns
its back on you and remains a friend
Author Unknown
Being asked what I would re-read made me take a good look at my bookshelf, Hmmm, what would I re-read? I posted on some of my favorite books on October 18, 2008, and those I have reread. These are some I would add these that list. When you pick up a book you have read and it brings back the enjoyment and good feeling had when you read it, it means it's a good one to read again. Here are some I would revisit:
If you pick up one book that will probably take you all summer to read and make you think, make that book Atlas

Shrugged by Ayn Rand.
I recommended this to a friend of mine, who has been reading it and he went and bought his own copy because he loves the book. (And it's a long book) Yes, you do have to plug through the first hundred pages, but trust me, it will be well worth it. Rand wrote this book over fifty years ago, and it is as relevant now as it was then. Opening with the question, "Who is John Galt?" we are off to find out. Galt said he would stop the motor of the world and sets out to do just that. What happens when all the great minds of America are penalized by the government? When attempts are made to stop the "thinking?" When farms, factories, shops go bankrupt, or shut down? When food is in such short supply there are riots? Dagy Taggent, the protagonist, struggles to manage a transcontinental railroad, as the pressures and restrictions of bureaucracy increases. She watches as society collapse around her, and the innovators, artists, and business are disappearing under mysterious circumstances. You find out who Galt is and what he is attempting to do and you hope that someone like this really doesn't exist. Mystery? Thriller? Science Fiction? Judge for yourself. As my friend said, he is doing some self reflecting while reading this. With things the way they are, time for a re-read with this one.

A Time to Kill by John Grisham.

This was his first novel, turned down many times because it was felt that nobody would want to read about racism in the South (!) What happens when you feel the only way justice will be served is if you do it yourself? When your ten year daughter has been raped and left for dead by two remorseless young white men and the the town, your town, chooses sides, and after what happened, it's not yours? Great courtrooms scenes, dialogue...Grisham shows what will be coming with his future books with this one. This would be a good time to give a plug to first time authors and urge you to give one a try, they can be a very pleasant surprise.

Like Fantasy? Here are two terrific ones to choose from:

One minute you are strolling through the Scottish highlands in 1945, just happy to be back from WWII and finally reunited with your husband after even years....you touch a innocent looking rock and whoosh! You are in Scotland and it's 1743! War is raging, the clans are raiding the borders and you meet the love of your life, it's just he's two hundred years older then you. Meet Claire Randall who has to reconcile what has happened to her and quickly. She is accused of being a witch and it seems her husband she left in the future--his ancestor just happens to be the mortal enemy of her soon to be new husband! On top of all that, how the heck does she get back to the future? Thank goodness she is a nurse and will do whatever she has to to survive old time Scotland. Confusing, yes. Fun, absolutely. Great historical novel with some love story.

f the Arthurian legends like I am, this is one of the best books you can read about it. What does the Lady of the Lake know about the future and the past? Can the new ways still have room for the old as Christianity clashes with the pagan religions? This is full of love, betrayal, religion, battles for the throne.....Arthur, Lancelot, Knights of the Round Table and Gwenhwyfar, Arthur's Queen. The story is told from the women's viewpoint of what happened, the rise and fall of Arthur and Camelot, which makes it even more fascinating. When I finished this book I just went, wow. Love this one.

The title caught my eye with this one, In the Electric Mist with the Confederate Dead by James Lee Burke.
I ask you, with a title like this, wouldn't you look twice? This is the sixth in his Dave Robicheaux series. After reading this it has became one of my favorite series. In this one Robicheaux has dream like encounters with General John Bell Hood and his troop,who are in the swamps of New Iberia, Louisiana. A movie company arrives in New Iberia to film a Civil War movie and hence, awakens the dead so to speak. Robicheaux is a Cajun cop who is trying to keep the modern world from infiltrating his old world. Whenever the two worlds collide it doesn't bode well. Here, thanks to the movie company, the body of a man murdered 35 years before shows up in the bayou, a serial killer is on the loose, and the movie company is backed by the local thug, and oh yeah, that wondering band of Confederate soldiers who appear to Robicheaux from time to time, and there's General Hood who keeps trying to tell him something. Always violent, moody, very Southern and descriptive Burke hooked me with this one and I am glad he did.

Key to Rebecca by Ken Follett 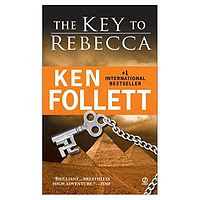 Spies, WWII espionage, the Middle East, edge of your seat thriller, Here you go. Fiction based on a true story-always the best. Meet Alex Wolff, with a mix of German and Egyptian blood flowing through his veins who better to help the Axis liberate Egypt from the British? Intelligent, competent, with a sadistic streak Wolff is dedicated to his mission and nothing and nobody is going to stand in his way. The outcome of Rommel's North African campaign hinged on the information Wolff sent to them. Definitely a old favorite that was a page turner.

Email ThisBlogThis!Share to TwitterShare to FacebookShare to Pinterest
Labels: A Time to Kill, Atlas Shrugged, In the Electric Mist with Confederate Dead, Key to Rebecca, Mists of Avalon, Outlander

I've been by a few times to see if you've posted anything new, but it's been a few weeks since your last one. I hope everything is ok!!!

I have an award for youHERE

Hey Vicki! The library has been so busy...sign of the times. All good stuff. Seems more adults are reading this summer. I thought I had posted this one, working on one to (hopefully)be up by the end of the weekend. Thanks for stopping by and for the cool award. All is good.