Don't go round tonight
Well, it's bound to take your life
There's a bad moon on the rise....
Creedence Clearwater Revival

Want a book that makes the back of your neck tingle? How about a movie that will make you lose sleep for a few nights? It's that time of year when you just have to read, or watch, something that leaves you with a jumpy feeling for every noise that you hear. or shadow that you see....or think you see?
Some of my favorites? Hmmmmm.

I read the book, which gave me many a sleepless night. The branches of the trees tapping on the windows can still give me that chill down my back. A small New England town is being turned into vampires with only a handful of people left to stand up to the undead. The atmosphere is set right from the start of the book and stays with you as you read. I recommend you leave the lights on while reading. (And don't invite anybody in....) Then I watched the mini-series on TV when it came out, the original, directed by Toby Hooper, starring David Soul and James Mason. Hooper did a great job bringing a classic terror novel to the small screen. Just thinking about it makes me want to run and lock the windows, doors....get out the wooden stakes. Now I am now having flashbacks about!!!

Summer of Night by Dan Simmons

It's 1960, and the question is, "What's going on in Elm Haven, Illinois ?" When five twelve year old boys decide to find out, they are horrified at what they discover. How long has this been going on, and who can they trust? You never know what evil you'll uncover when you go looking. Another great horror novel that will keep you on the edge of your seat.


Interview with the Vampire by Anne Rice 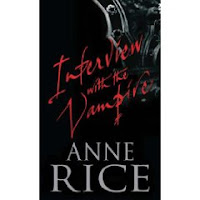 First time I read this I couldn't put it down. Of course, reading a vampire novel into the late hours of the night is not a good idea, especially this one. This is one of the best supernatural thrillers I have ever read, with the combination of horror, longing for love, and looking for redemption done marvelously. I read it in one day, and night, because I really wanted to find out what eventually happens between the vampire and the boy. My opinion of the movie? Out of five stars, I would say....two.

The Strain by Guillermo del Toro and Chuck Hogan

What happens when the director of Pan's Labyrinth and a thriller author, Prince of Thieves, get together? You get the beginning of a new trilogy that has humans battling for their When the Boeing 777 lands in New York, stops dead on the runway, no lights are on, the shades are drawn...there's been no communication between the plane and air traffic controllers, when you get on board it seems to be full of dead, or near dead people, who you going to call?
Is this book going to scare you? One of my patrons brought it back without finishing it. He told me he wanted to read it, the writing was superb, but he likes to read at night and he couldn't go to sleep after reading this. He felt what happens was to feasible. Good stuff. I myself have looked at it numerous times, but wonder....do I dare?

Let me introduce you to one of the most diabolically and perverse murderers I have met in a long time. Gretchen Lowell is one mean serial killer, takes her time at it, and enjoys what she does. Talk about a perfect setting for her dirty deeds, can it get any better then Portland? With it's foggy, rainy, damp weather? Portland helps give this series, the "nourish" feel that will give you a spine tingle. Heartsick is the first in Cain's Gretchen Lowell series.


A few more books to keep you up at night:

Haunting of Hill House by Shirley Jackson
Oh yeah, let's all spend the night in a spooky house and see what happens! One of the best horror novels ever written.
Red Dragon by Thomas Harris
Who are you having for dinner?
Bless the Child by Cathy Cash Spellman
What do you mean you want to take my granddaughter to join a Satanic Cult!
Mine by Robert McCammon
The '60's are over, but you never know when something that happened back then will pop up again.
Sookie Stackhouse Series by Charlaine Harris
Fun series about a little town in Louisiana that has an unusual population.


Movies to curl up and watch:
The above mentioned Salem's Lot (1976 version)
Invasion of the Body Snatchers (!956 version) 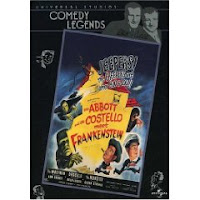 The Nightmare Before Christmas

Black humor abounds as Jack, the Pumpkin King of Halloweentown, decides to kidnap Santa and take over Christmas. This movie is also good at Christmas...

Dusk till Dawn (warning! Quentin Tarantino not only directed this movie, he stars in it. Full of violence, language and, yes, humor.)

Night of the Living Dead (1968 version)
I remember watching this with a group of friends at the drive-in, screaming, driving through a graveyard afterwards, then going for pizza. Glad it was in black and white.

An American Werewolf in London (1981)
They were told at the Slaughtered Lamb pub not to get lost in the moors of Yorkshire at night, especially during a full moon! I like this movie, mainly because it has a cool soundtrack. Each song has the word "moon" in the title.
It's the Great Pumpkin Charlie Brown!
It's all what you believe in, and friendship.

Enjoy your Halloween.....whatever you do. I will do my usual marathon of one of my favorite TV show, Bewitched, the Halloween episodes.

Wishing you Happy Reading!
Posted by Bev at 4:47 PM

What a wonderful and seasonal post, Bev. You've covered some of my favorites. Salem's Lot is only book I EVER read that gave me a nightmare (while I read it). The Strain is next up for (after I finish Trigger City by Sean Chercover) in audiobook - the great Mexican director, Guillermo Del Toro, just happens to be one of my favorite movie directors, too.

I just saw once again Robert Wise's great 1963 The Haunting, which was the movie adaptation of Ms. Jackson's The Haunting of Hill House. BTW, author John Kenneth Muir posted a wonderful review of it and its terrible '99 remake today. This and Richard Matheson's Hell House are my two favorite haunted house novels.

Ah, heck. All of these are great (and most of them I read or seen). Great stuff for Halloween, Bev. Thanks for this post.

Thanks le0pard13! Always a pleasure to see you've stopped by. I, of coure, thought of some more I should have posted, but....
I gave the Strain to one of my friends who is going to Spain, I told him to start it when he is on the plane^^.
I am so glad you enjoyed the post, thank you!