Always Magic in the Air!

They say the neon lights are bright

On Broadway
They say there's always magic in the air....


For me, one of the best things about growing up in the sixties was the music. I don't think any era had it as good as we did then...which has proven time and again by the songs that have been remade. I can remember when my daughter was a teenager, she had on her radio station in the car. We're driving along, I'm singing along with the radio and she is apalled that I am singing...but amazed that I know the song! I told her the song was one that was a hit when I was a teenager..long long ago.

In the Brill building writing songs were Carole King, Neil Sedeka, Ellie Greenwich, Hal David, Phil Spector, Barry Mann, Cynthia Weil, Lieber and Stoller, Burt Bacharach, Jeff Barry, Neil Diamond, Bob Dylan.....to name some of the songwriters. Don Kirshner running the show, setting them against each other to see who would turn out the next smash hit song. Kirshner, to get the results he wanted with a song, would have them compete amongst themselves. He would push them to outdo each other, whether they collaborated together or wrote alone. I can only imagine what music was in that one building with all that talent. While reading this book I could feel the music in the air. When you think of the songs that came out of that building: 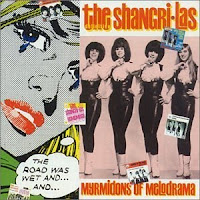 "Will You Still Love Me Tomorrow?"

This is just a few, and yes, I can go on and on.... Do any of those songs bring a smile to your face when you hear them? Do they bring back a memory? Do you remember who sang these songs...here are some of the singers who were lucky enough to sing some of them:

I loved this book. I liked the background on the singers and songwriters. The fierce competition between them to not only write the next big hit, but to have the singer that they felt would make it a hit. Even the backstabbing that went on was interesting, especially between some of the songwriters who were married to each other; it was important who had the next big hit, didn't matter if you outdid your spouse. Finding out that the Monkees weren't just acting like jerks on TV.....they were worse in person. What made Neil Sedeka decide he wanted to sing his own songs? Carole King, Neil Diamond...two more hit songwriters who decided to sing the songs they wrote,  how great for them and lucky for us! The Righteous Brothers turned down "We Gotta Get Outta This Place"  and the Animals ended up doing it. What do you think, would the song still hold up the way it has if the Righteous Brothers had sang it? While reading about the history of the Brill Building, what they did for music, the talent that was there....I had to put the music on while I read the book, which made this even more fun to read.

Music and books are two of my favorite things in the world, put them together and I am in heaven! Kudos to Emerson for writing a terrific books and giving the Brill Building, and those wonderful songwriters, long overdue recognition.

If you enjoy music, like to find out who's was behind some of your favorite songs, how the songs and the singers came together, then this is a book for you. I highly recommend it ...I enjoyed it so much I bought my own copy for my bookshelf.

I have an award for you HERE

Sounds like a fun read, Bev. I always wondered why Mike Nesmith never accompanies The Monkees on their revival tours. Thanks, Bev.

Ale0pardf13, always happy to see you stop by. I think you would enjoy this book too, seeing as we seem to have the same musical tastes. Thanks!