A Good Book---the Gift that keeps on Giving! 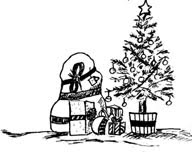 What books did I read this year? Which ones am I giving as gifts? I enjoyed so many, having to narrow it down was difficult. In no particular order, here they are:

Carole King, Joni Mitchell and Carly Simon, need I say more? If you  love the songs they wrote and sang, this tells you how they came to be some of the best singers/songwriters of their day. Music lovers delight.

Zeitoun by David Eggers
Hurricane Katrina struck New Orleans and here Eggers tells the tale of what happened to Abdulrahman Zeitoun, a prosperous Syrian-American, married to an American, and their four children. One of the best novels about the events  in New Orleans after Katrina

The Wilderness Warrior by Douglas Brinkley

First of all, Douglas Brinkley writes great historical books; second, Theodore Roosevelt lived a life that was never boring. What might be a surprise is that Roosevelt, being  the great hunter he was, believed in conservation and went on to make it a universal effort. Written with humor and the vitality that Roosevelt was known for, it's a great book for anyone who admires, Roosevelt, conservation, and maybe explain how someone who revered animals, could have no qualms about killing them...

Every Man Dies Alone by Hans Fallada
Was there resisitence in Nazie Germany? Meet Otto and Elise Hampel who try, in their own small way, to undermine Hitler after their son is killed in the war. The Hampels print postcards denouncing the war and Hitler, leave them around Berlin hoping they will make a difference with someone. While you know there can only one way for the book to end, you keep hoping maybe........ Wonderfully written.

*Hans Fallada wrote this book in 24 days. Fallada was a bestselling novelist before the war and refused to leave Germany like some of his friends. He was brutalized psychologically by Goebbels for refusing to write a anti-Semitic book, hounded by the Gestapo, put into an asylum for the criminally insane. While Fallada died in 1947,  he did outlast the Reich.

Good Soldiers by David Finkel
True story about the 2-16 battalion, called the Rangers, and their experiences when they were sent to Baghdad in 2007. The changes that occurred within themselves, the horrors that they saw, and how war changed them, some for better and some for the worse. Did the surge in Iraq work? Do you ever recover from being in war? Finkel gives opinions from those who were there.

While this book reads like a fiction thriller, it is true. A small band of Special Force soldiers sneak into Afghanistan after 9/11. They went to help the Afghans fight the Taliban. They needed to take the town of Mazar-i-Sharif to put a dent in the Taliban. One of the first obstacles to overcome was the fact that the Afghans mode of travel was horses...which most of the soldiers had ever been on. As always in war, there is the horror, but Stanton somehow shares some of the humor that occurred. If you want to have a better understanding of why we are where we are with Afghanistan, read this. Stanton did a terrific job of researching and talking to those that were there.

King Henry VIII and the one man who would do anything to ascend to political power...Thomas Cromwell. Mantel fills in the empty spaces of what transpired during eight years of Henry's reign, the Anne Boleyn years. Not afraid to get his hands dirty and achieve his ends by any means, Cromwell becomes Henry's right hand man. If someone loves the Tudors, or if you do, the history of England during their time....here you go.

*Mantel won the Booker Award this year. for this book.

Clapton played with some of the best in the music world, he wrote and sang songs that are considered classics. In his straight forward, honest autobiography he shares everything, how he went after his best friends wife, (George Harrison) and strangely, this didn't affect their friendship; and his anguish when his four-year-old son Connor fell to his death. I was glad when he came to realize how talented he is and what pleasure he has brought to many people. For those who love Clapton, the history of the 60's music and how most of it came to be, this is the book for them.

These are the books I am giving as gifts., hopefully one of them will make you think of someone who might enjoy it. I call this my Open Me Last list because when I open the gift of a book, I want to stop everything and start reading it. .....

I wish you a Blessed Christmas and a wonderful New Year...and always...Happy Reading!